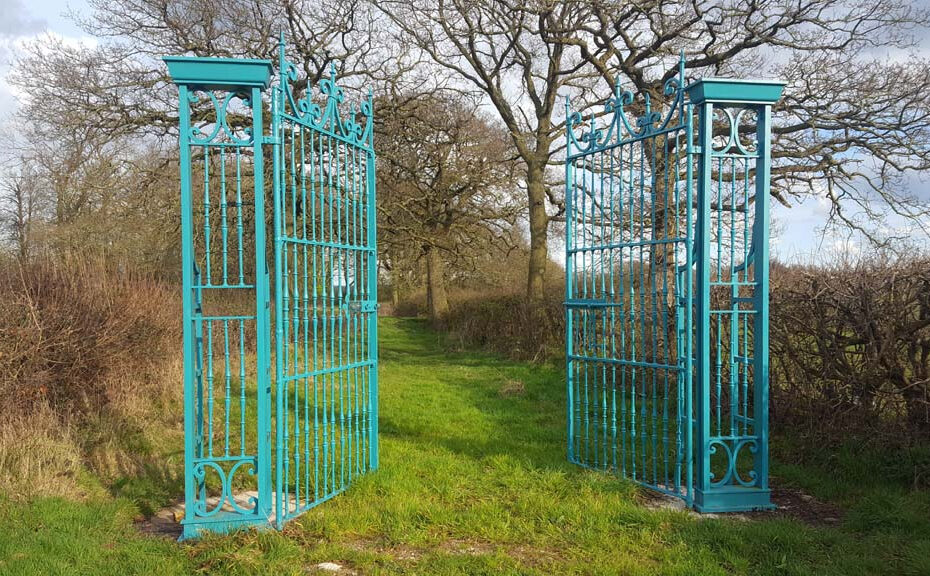 The below gates belong to a private client in Wiltshire, and are stated as coming from Seville Cathedral in 1913. We have studied them and believe that the components could be contemporary with the 16th century phase of construction there, a site visit to Sevile Cathedral left this open as a possibility.

​They were stored in a field for most of the 20th century, and have been driven over by tractors and were even hidden down a well during their life in this country. The client wanted them restored in a sympathetic, conservation driven manner, though the ultimate aim was to have a set of working gates. These two conflicting demands have led to a challenging rebuild, where conservation ethics and real world practicalities have played equal parts.

The client asked us to create new piers onto which we were to hang the gates.  We came up with a complementary design, using many of the cues presented by the gates themselves.